Yesterday and today I did the fitting of the spars into the skin, then clecoing them together: 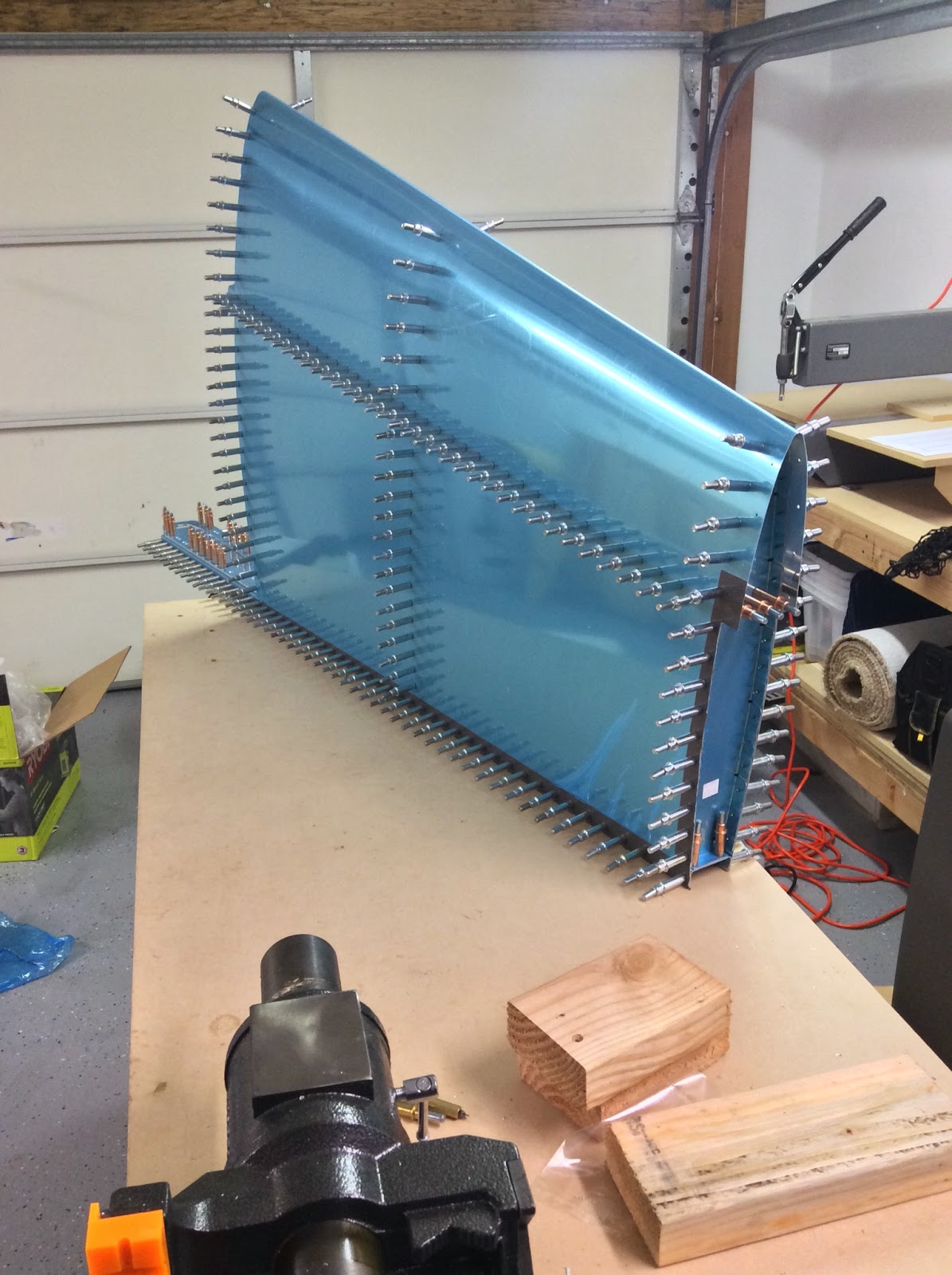 The first thing to fix was that the inner ribs were not straight, but rather bowed: 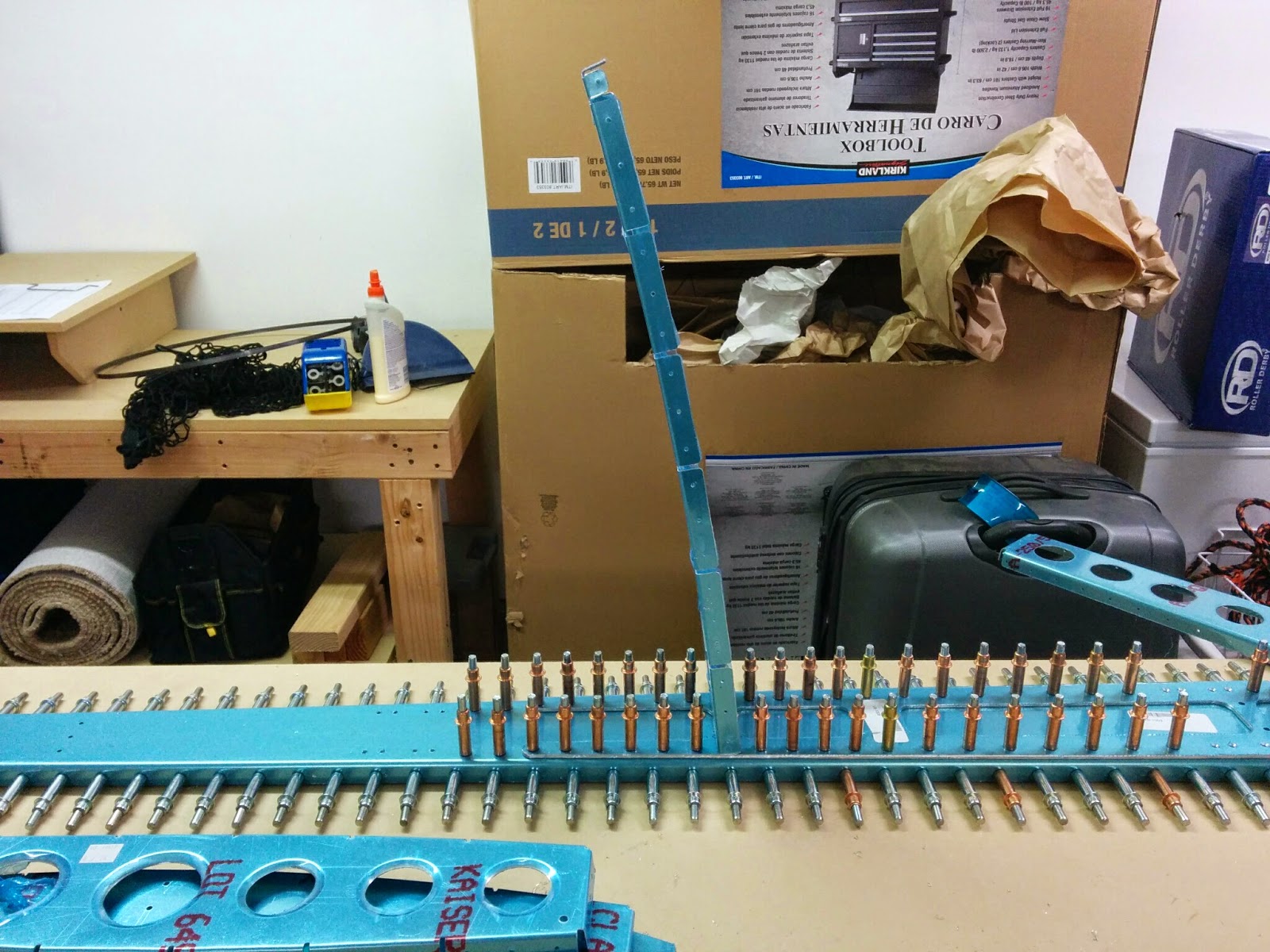 I remembered there being an item in Section 5 of the manual talking about fluting, so I went back to read it, and also watched a few videos (video 1, video 2) describing a good technique to do it, as well as some builder logs saying they did flute the vertical stabilizer ribs. With the fluting, it looks much better: 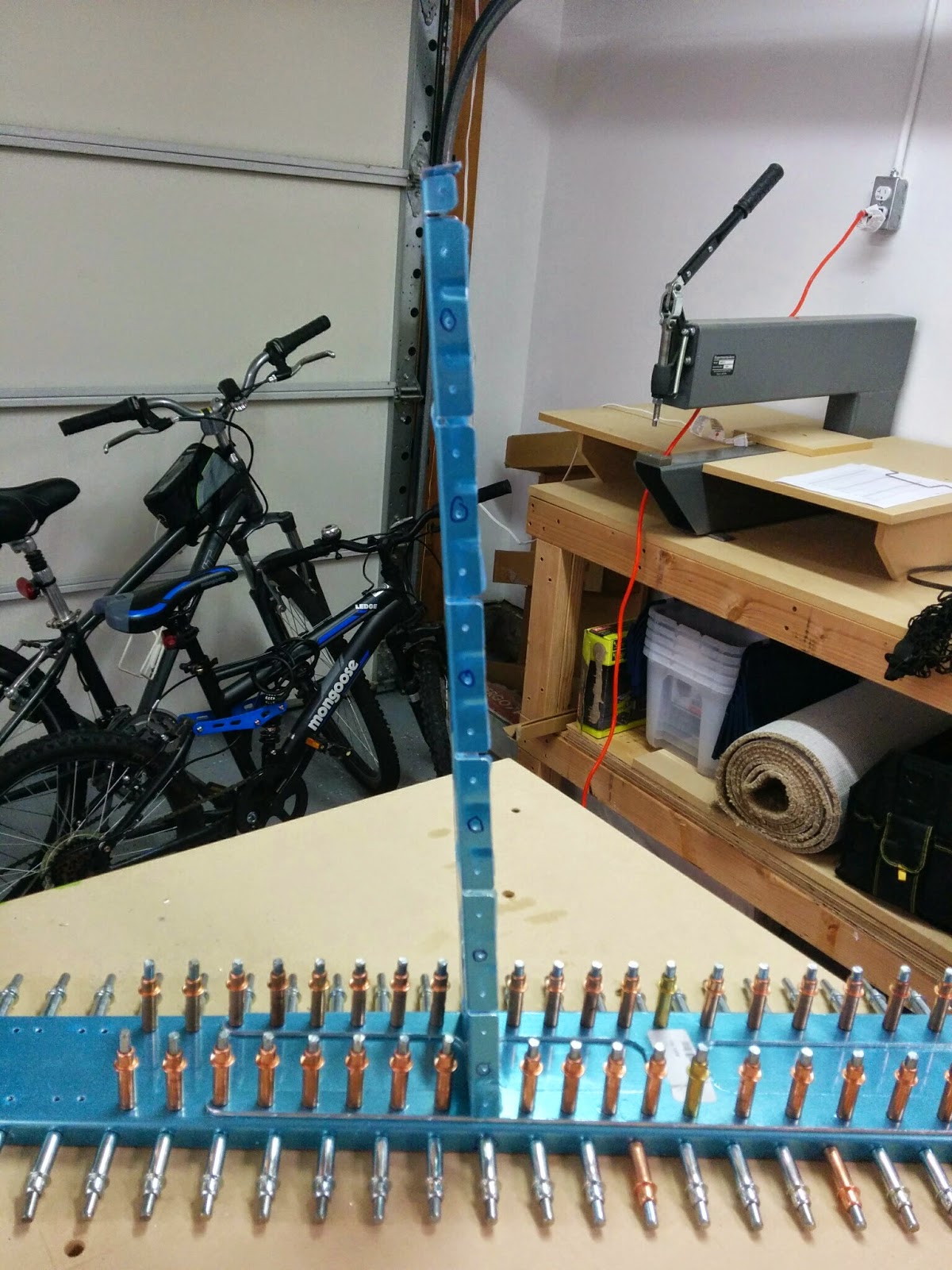 I'm also glad I'm leaving the blue vinyl on so far, as the one flange I fluted without it (because it was coming off) had small creases from the plier:

Again having in mind the issue of denting the skin with the front ribs, I fitted them into the skin, clecoed the bottom, and tried to bend the skin over them to cleco the top - it then became apparent that I hadn't removed enough material, so back I went to remove about 1/16" more (1/8" or so total - bringing it very close to the minimum hole-edge distance) then they finally fit without leaving any dent:

I put back the rib assembly together and fit the whole thing into the skin, then clecoed it (wife helped with that part - her first contribution to the project :) ): 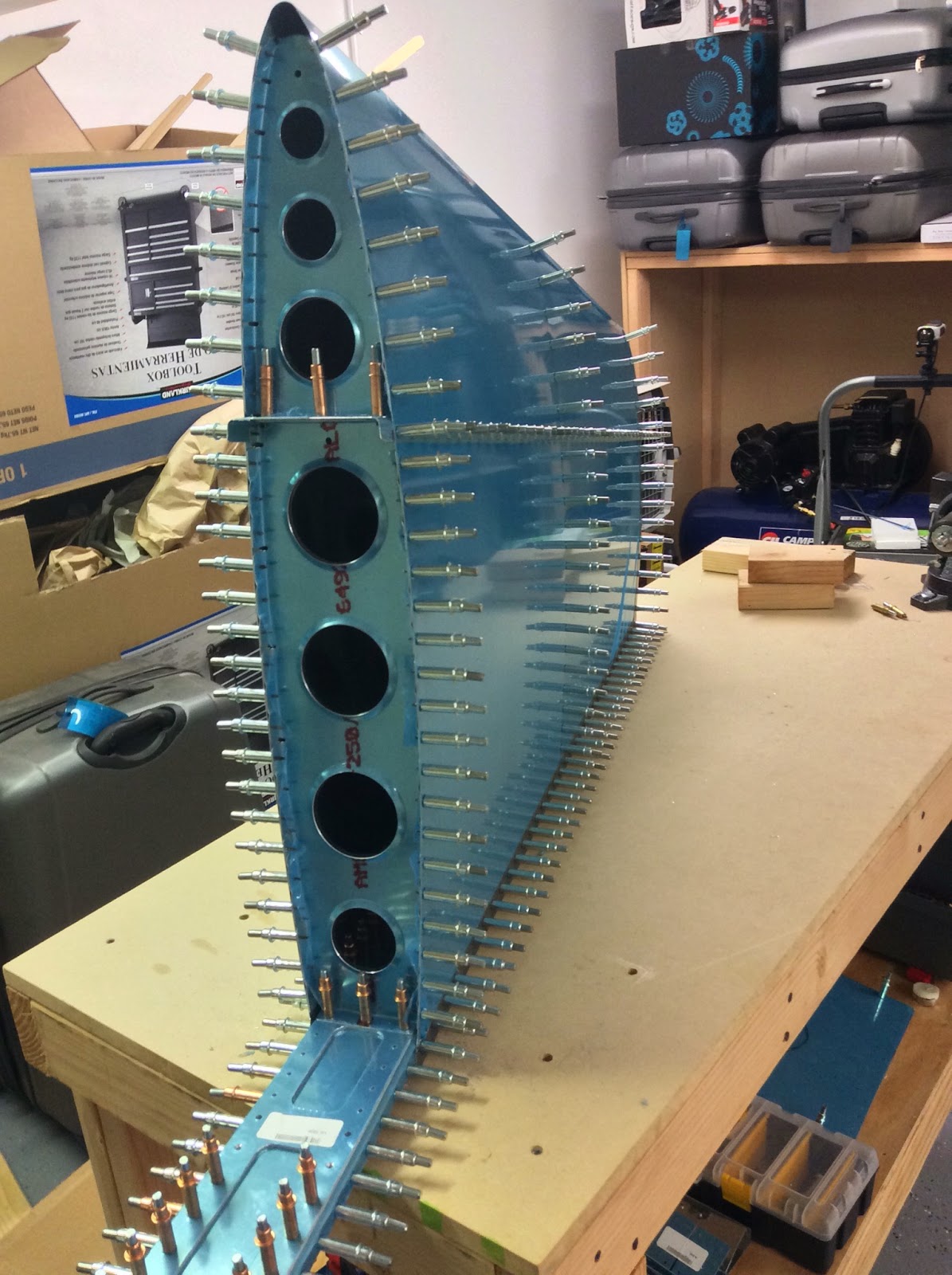