The fuselage starts with the center bulkhead, doing lots of drilling:

then also drilling into the steel landing gear mounts:


I had to significantly enlarge some holes for snap bushings where the rudder cables run  (it looks too close to the edge, but it's what Van's says to do...):

and finally, a bunch of countersinking for flush rivets and screws:

This was only the first part (the center section) and there are 3 more (the other half of the center section, the rear spar bulkhead and the fuselage bulkhead), so there's still a lot more drilling and countersinking to do.

I spent a good 7 hours between inventorying the fuselage kit and putting away all the hardware (which involved reorganizing the hardware bins). Luckily, for the inventorying, I had help from friends:

After sanding and priming the lap joint area on the inboard skin (which was a bit tricky given the skin was already riveted in place), I came back the next day to find this:

After a few moments of utter panic as I saw a crack propagating, I contacted Van's, which assured me that the area is not structurally significant, and suggested two options:

I was way more comfortable with the second option, so I did that - it indeed doesn't look pretty, and I may still need a small doubler around that rivet hole to adjust the thickness, but I'm comfortable that the skin will stay in one piece now:


As if that weren't enough, as I was dimpling the pitot mount screw holes on the other skin, some cracks showed up on the #8 dimples:


so I had to file those down, which deforms the holes (but should be ok for screws):

On the outside, it doesn't look perfect, but should not be even remotely visible:

In the meantime we also primed the other parts (such as the left bottom wing skin), and ultimately clecoed them in place and removed the blue pastic around the rivets, so they're ready to rivet and finally be done with the wings! 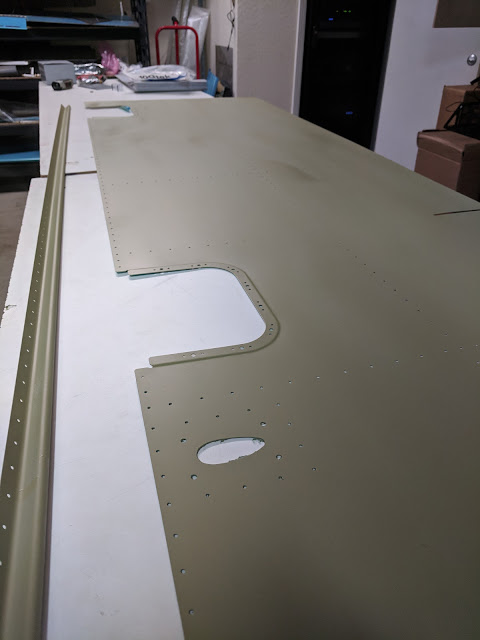 I'll make a separate post about the wing wiring and electrical planning.

The fuselage kit is here!!

We opened up a lot of space in the garage, thinking that the crates would be huge: 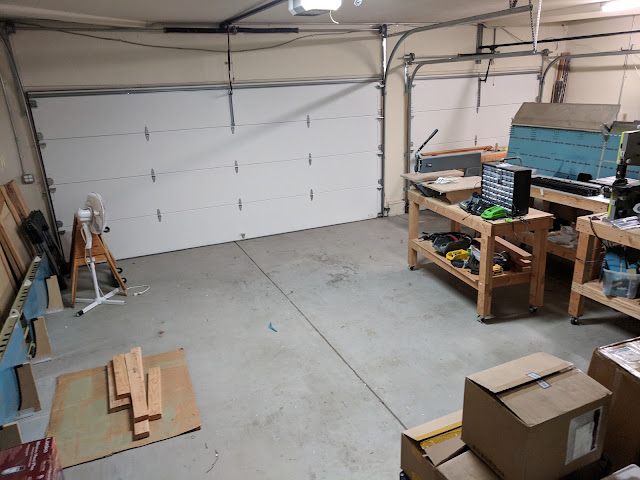 Turns out, the crate is actually much smaller than that of the QB wing:

Now on to inventorying while I finish riveting the bottom wing skins.