Last Sunday my wife and I primed the remaining parts for the horizontal stabilizer:

Having so many identical parts poses its own challenge when you want to transfer the markings from the vinyl to the metal (since scrubbing with PreKote/scotchbrite removes them). My solution is to put number the parts (writing the number next to them on the paper that covers the workbench), take pictures of all the marks with the number, then ensuring that my wife returns each part to the same place she took them from - after they're dry, I just go through the pictures and redo the markings:

The final result was great:

I had previously riveted the stringers together, but now I can continue on to dimpling and riveting the whole HS! (and trying to figure out how to store this - it's big once assembled)

I've made a lot of progress on the elevators in the last few weeks, and I'm very close to having them ready to prime.

I fully assembled, drilled, deburred, etc. the structure of the elevators: 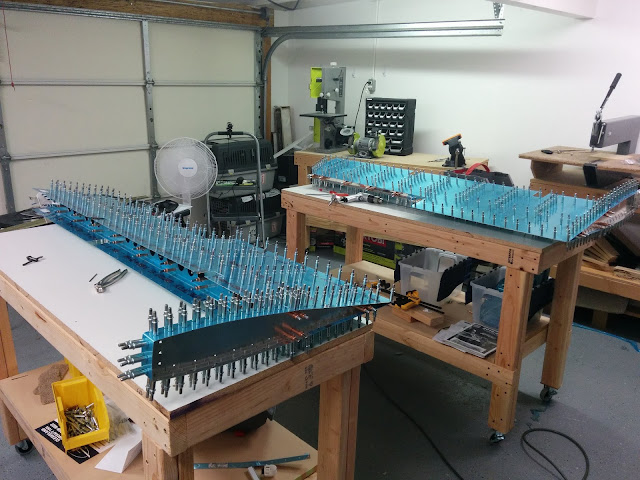 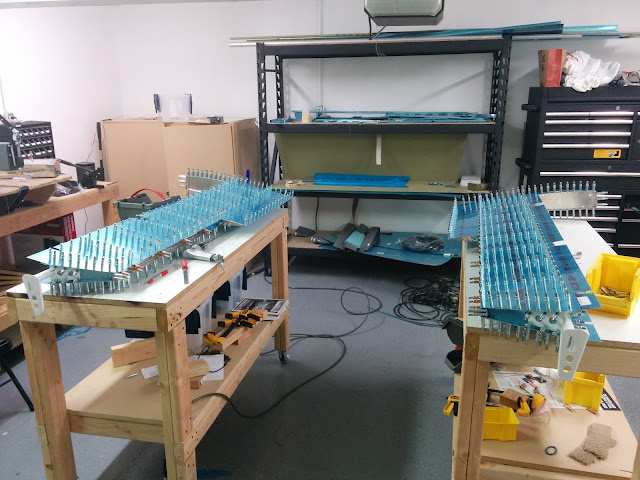 After all that was done, it was time to take it all apart:


You can see the trim cable inspection panels and where they fit:

Drilling though the steel in those smaller parts was specially annoying: 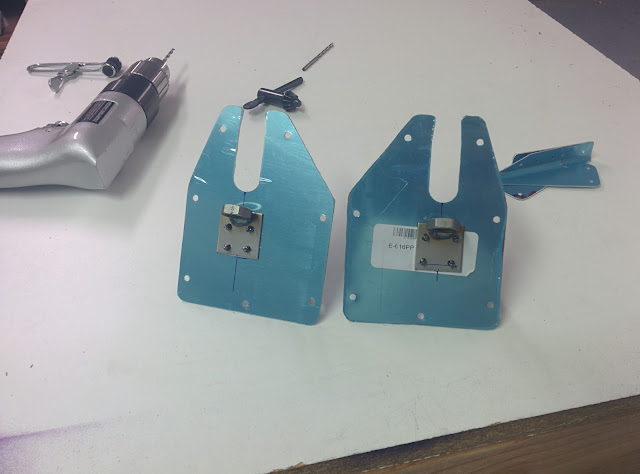 In the end, while doing countersinking of the rear spars, I finally screwed up badly enough that I'll need a replacement part :(


The solution was easy to figure out with the infinite wisdom of VAF - to use something to back the countersink pilot:

My joy was short-lived - right after that, as I tried to countersink the trailing edge wedges, the pilot broke from the side loading (there's an angle between the hole and the surface):


My wife glued the templates to the trim tab and trailing edge foam ribs:


And that gave us nicely-cut ribs (yet to be sanded):


Likewise, I trimmed the counterweights to the specified size - working with the bandsaw on lead proved to be interesting - it's much more maleable than it seems, but it heats up a lot, so I had to take many breaks to let them cool off: 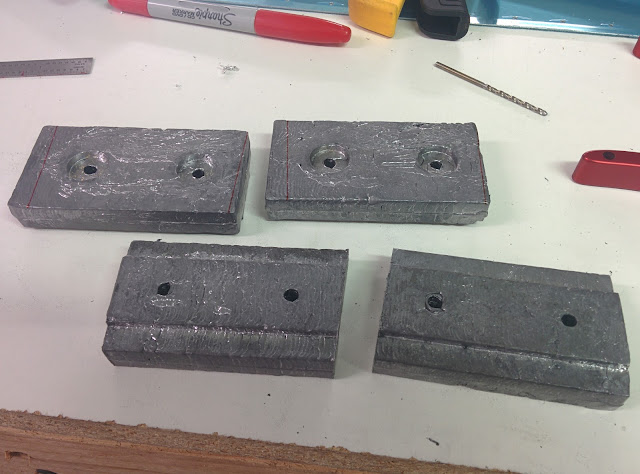 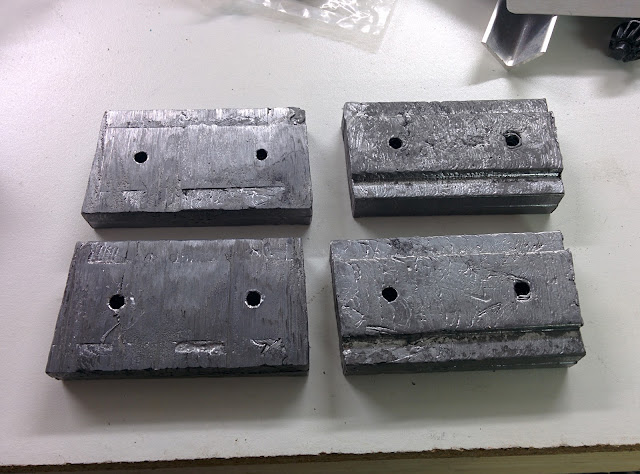 In order to minimize post-primer drilling, I took a few steps from later as well - for one, I drilled match-drilled the elevator side of the trim tab hinges.