Fuselage side skin side plate countersinking 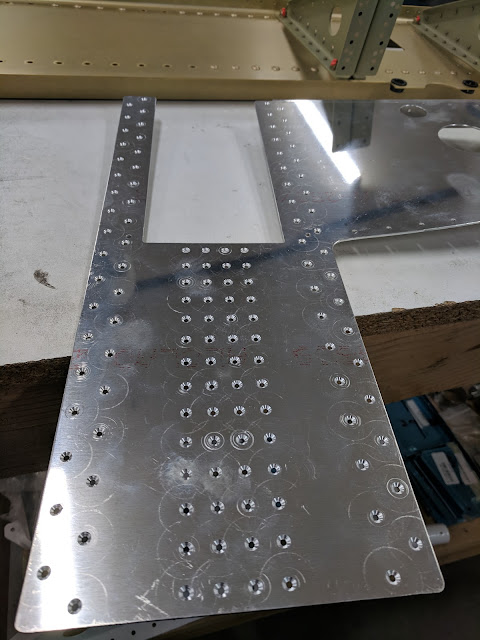 Just a small step to save time later.

I continued by machine-countersinking the center section bulkhead to accept the skin dimples:

I also took advantage of not yet having the bottom skin on, in order to more easily attach and match-drill angles that make a shelf for the EFII install. I'm roughly following the instructions from the Aircraft Specialty hose kit, and may get the kit from them.

We had done primer on the skins earlier in the month:

This weekend we then did another large batch of primer, to get all the parts that need to go on the skin, before the skin is attached to the forward ribs and firewall bulkhead:


Next will be a lot of dimpling and riveting of those parts.

Finally coming back to this section and making progress!

I took a step from section 44, and drilled the mid fuselage skin nutplate holes to size - the goal is to attach the two forward-most nutplates before riveting the skin on, since they're in somewhat tight spots after the skin is installed. The others should be easy to squeeze rivets for later: 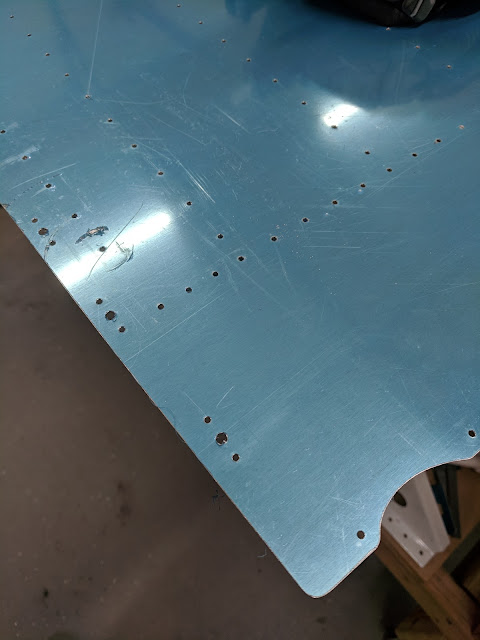 We finally primed the bottom skins: 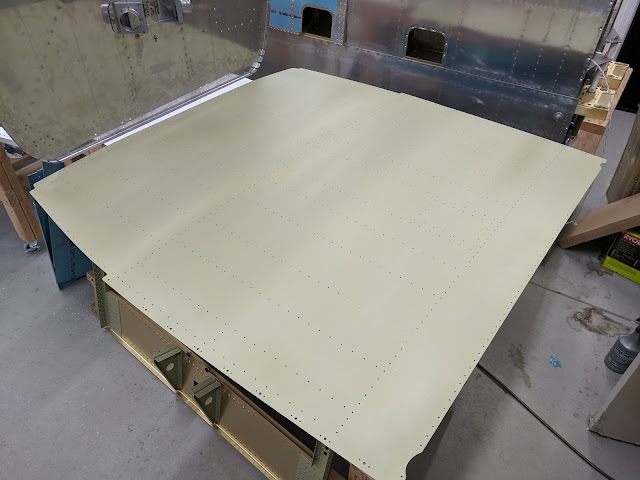 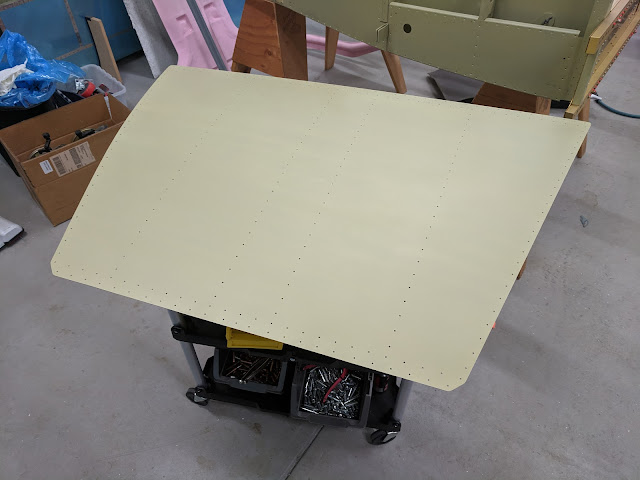 then proceeded to remove the vynil from both for riveting: 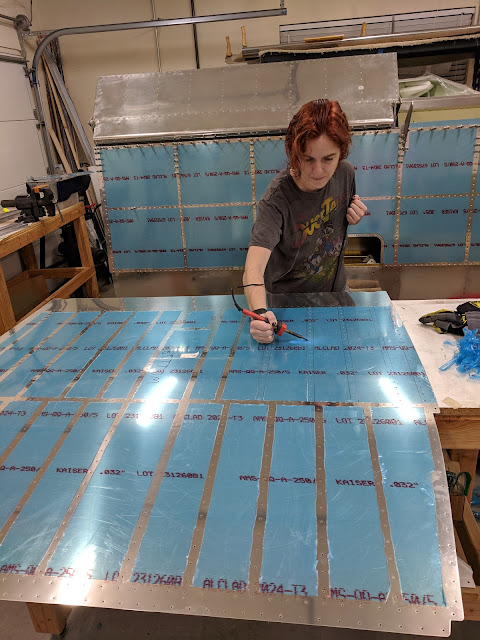 We then dimpled the skins, and next will start riveting them on.

Unfortunately in that batch of primer I forgot to include the TAS antenna doubler, which is way easier to rivet on before the skin is in place (because the heat tee goes over it), so I'll do that batch before continuing with this section.

Also related to the TAS antenna, I was thinking of cable paths for it, and wondering if I could put the TAS in the tailcone and run the 4 cables straight back (so exiting the tunnel to the right, then going through the rear spar bulkhead. The main question I had was about drilling a big (1/2" or so) hole through the rear spar bulkhead, so I contacted Van's support and send them this annotated picture, and they confirmed it's OK to do so: