After a lot of work setting up the workshop, inventorying parts, reading all the introductory sections of the Van's manual and getting ready, today I finally go to start some real work on the parts. I started by picking all parts needed for the vertical stabilizer (main skin not shown): 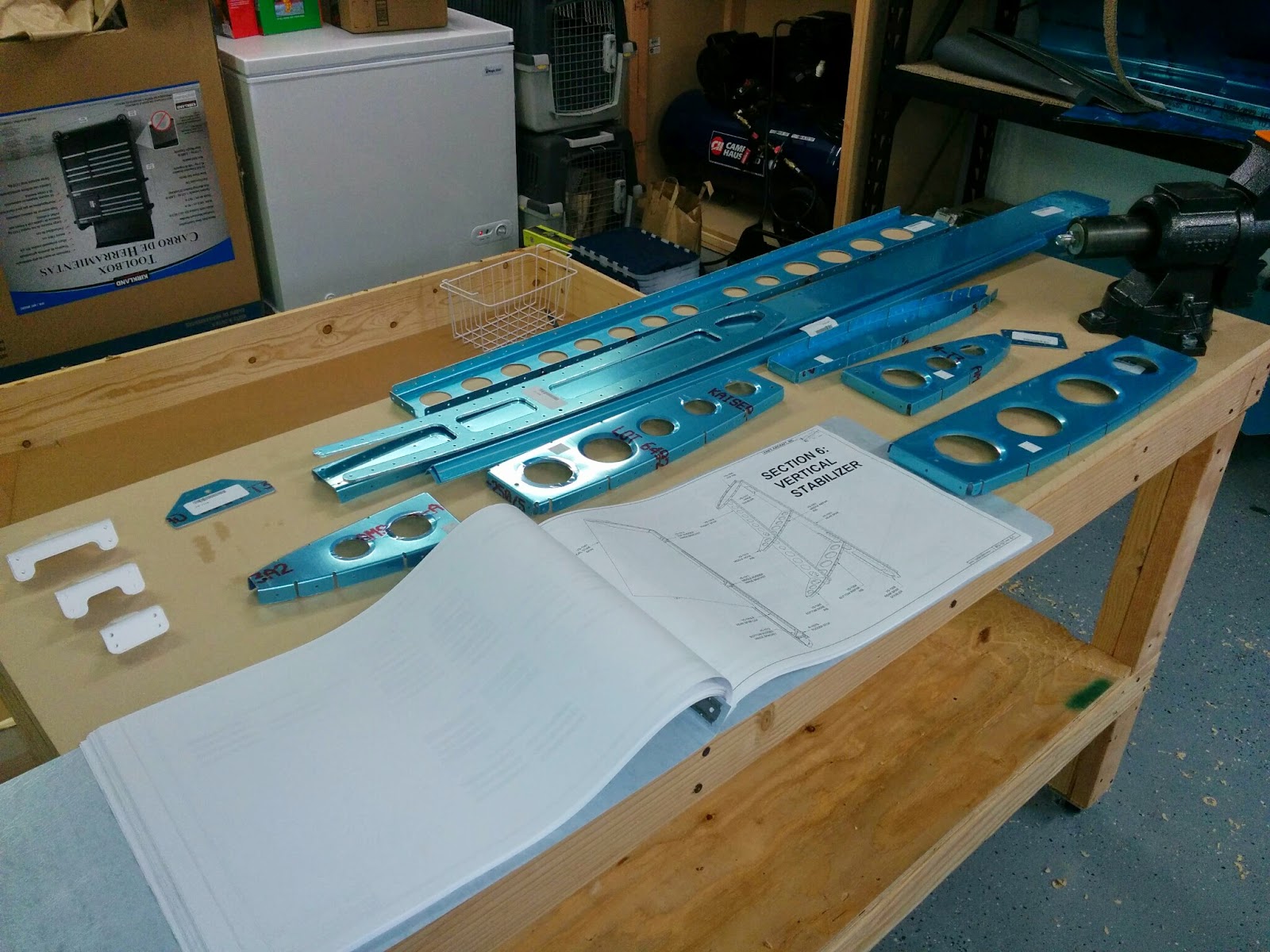 First instruction for the vertical stabilizer is to trim two parts (VS-1004) at an angle. As I had learned in the RV course, this could be done with the Wiss Snips (plus, the manual says having a band saw is optional anyway), so I carefully marked them and took the first cut, leaving some margin to make it actually straight later. I also took the opportunity to test making a time lapse of the building:


Turns out using the snips twisted the part a lot (this is thicker aluminum which doesn't come back to the original shape as easily): 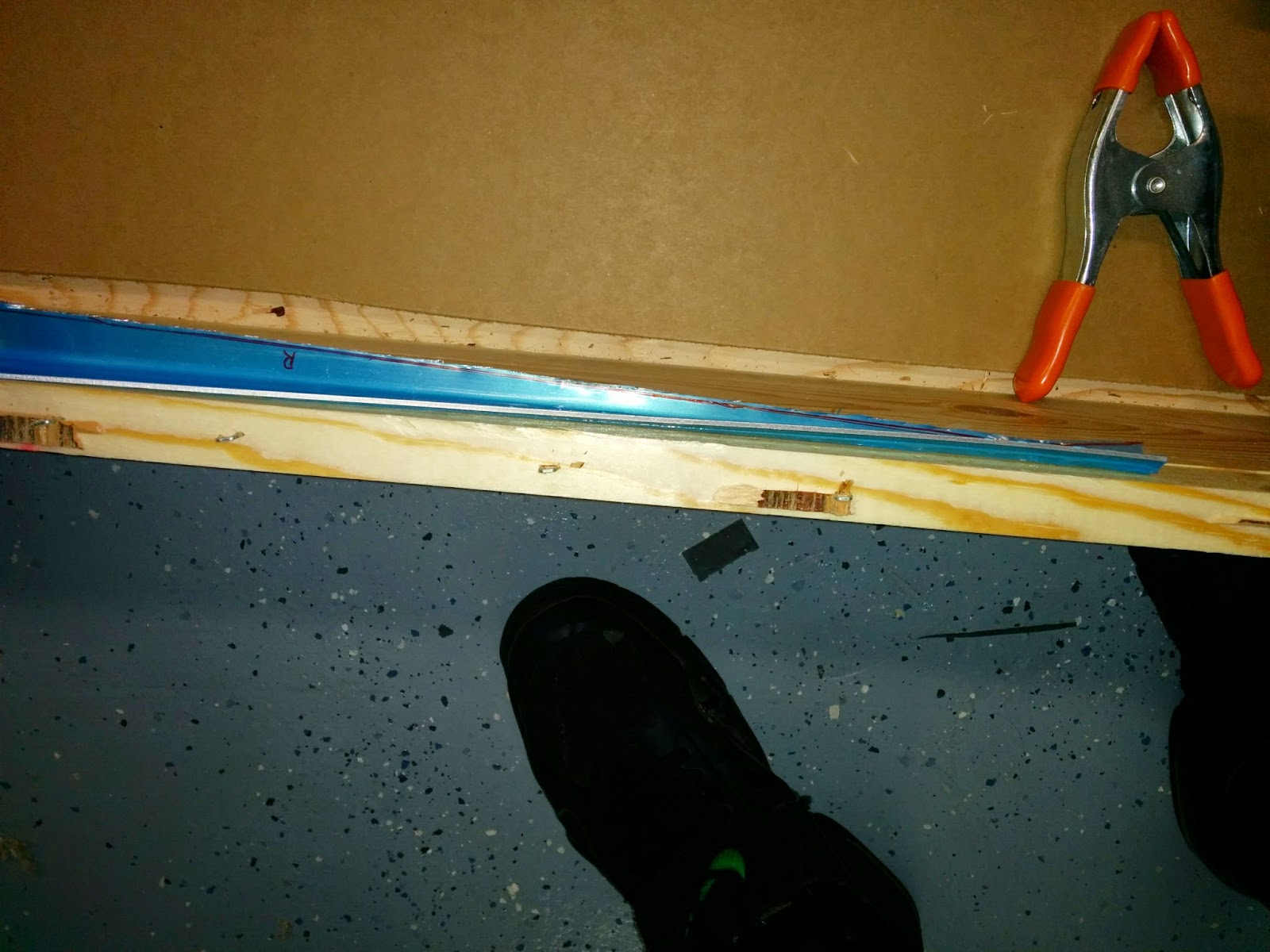 It still unbends fine if I clamp it: 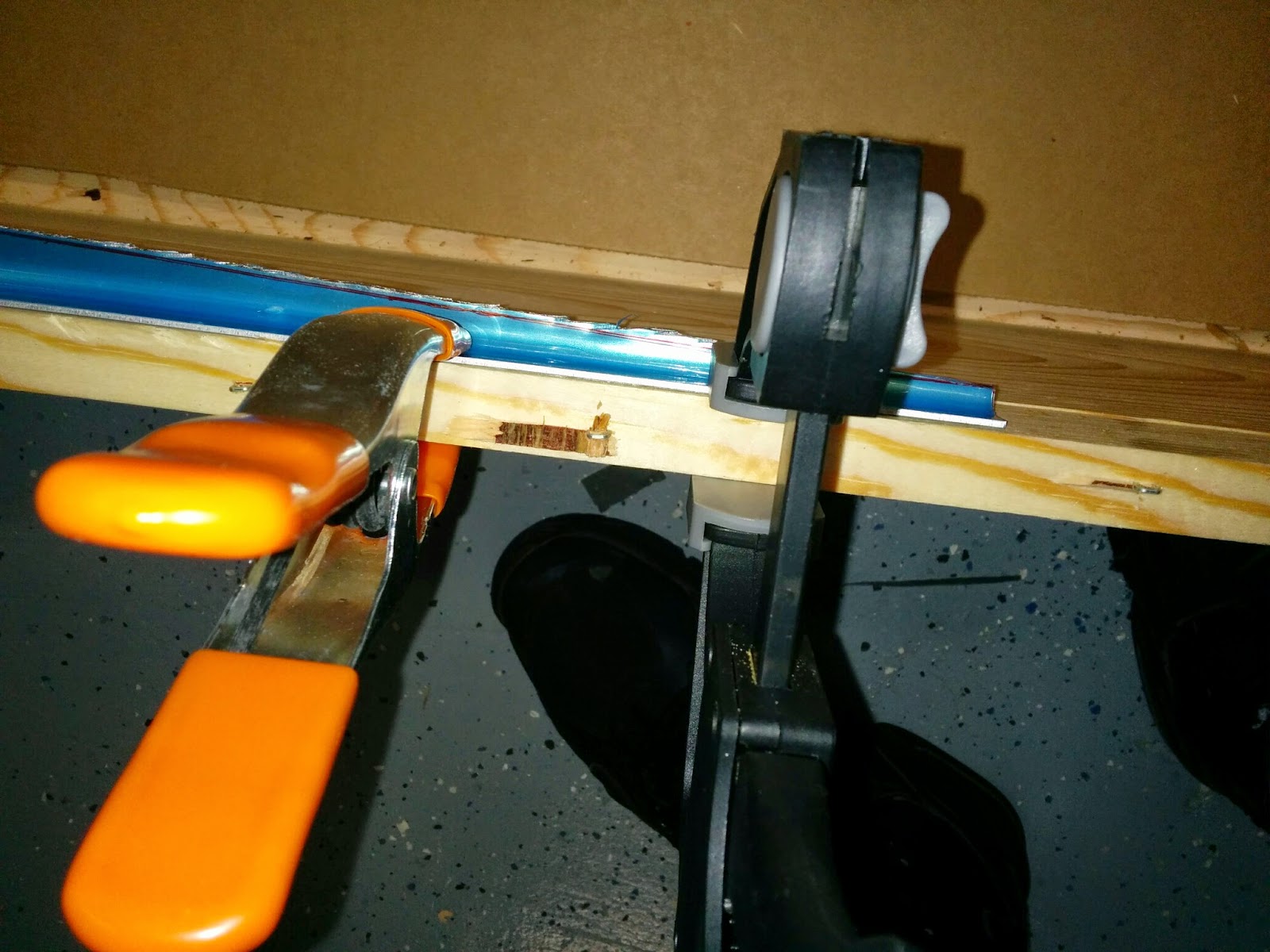 But at this point it was clear that no, this was not a job for the snips - I did need a band saw to do a proper job. So after half an hour of work in the vertical stabilizer, I stopped, went online to do some research on band saws, found out what kind of blade I needed (14 teeth per inch or more), saw that both Harbor Freight and Home Depot had inexpensive models, went to both to see them in person, ended up concluding that the Ryobi and Central Machinery ones were pretty much equivalent (they look almost identical except for colors and minor details), confirmed that reading online reviews (on the phone at Home Depot), and ended up getting the Ryobi: 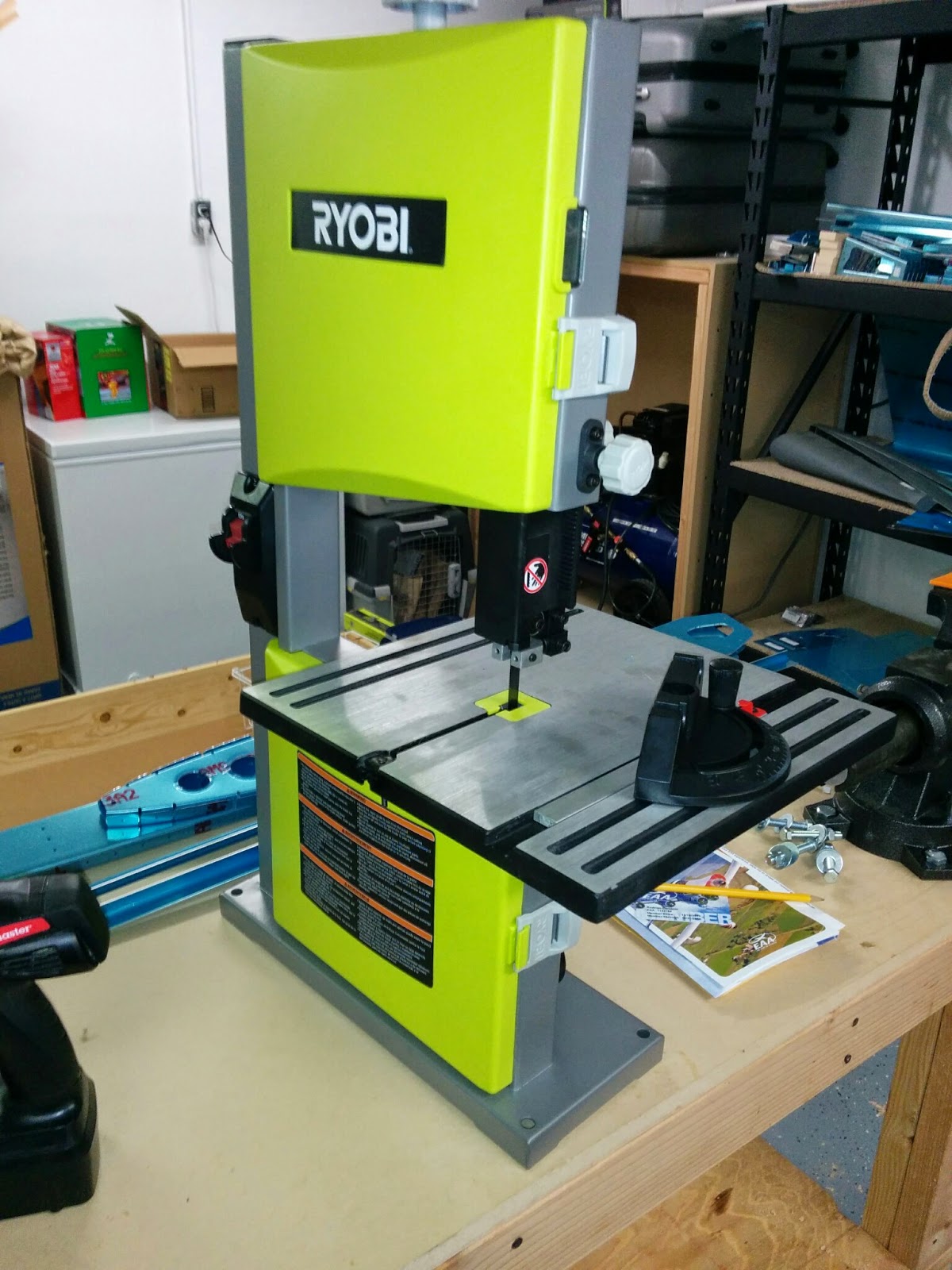 Setting it up took some work, specially to get the blade properly aligned (too many adjustments), so by the time I was done it was 9pm, probably too late to make noise cutting aluminum, so I called it a day and plan to test the saw and cut those tomorrow.