With the band saw the trimming work became MUCH easier - even without being too powerful, it cuts through aluminum like it's butter. I did the second rear spar cap with it, giving a much better result than yesterday: 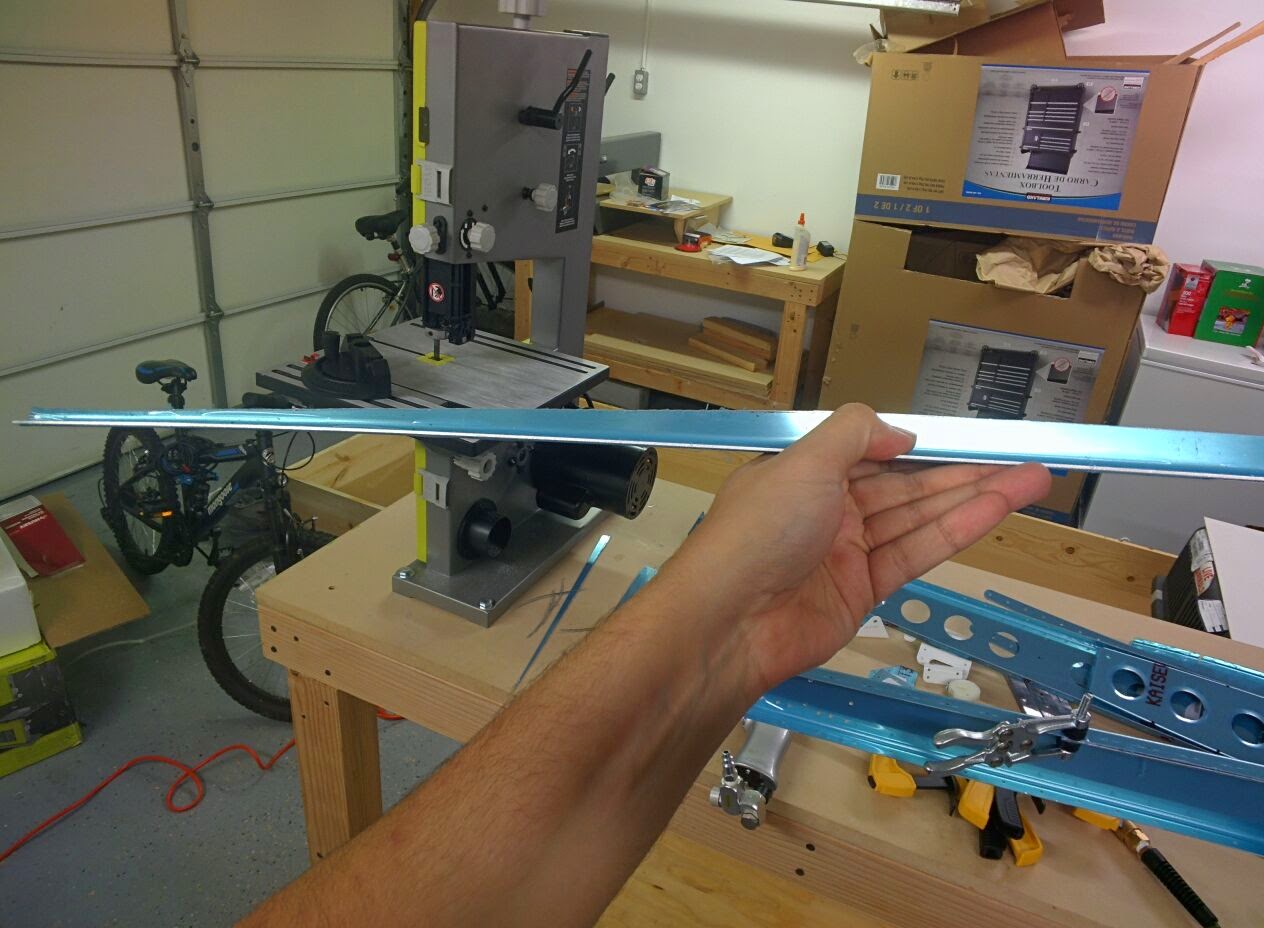 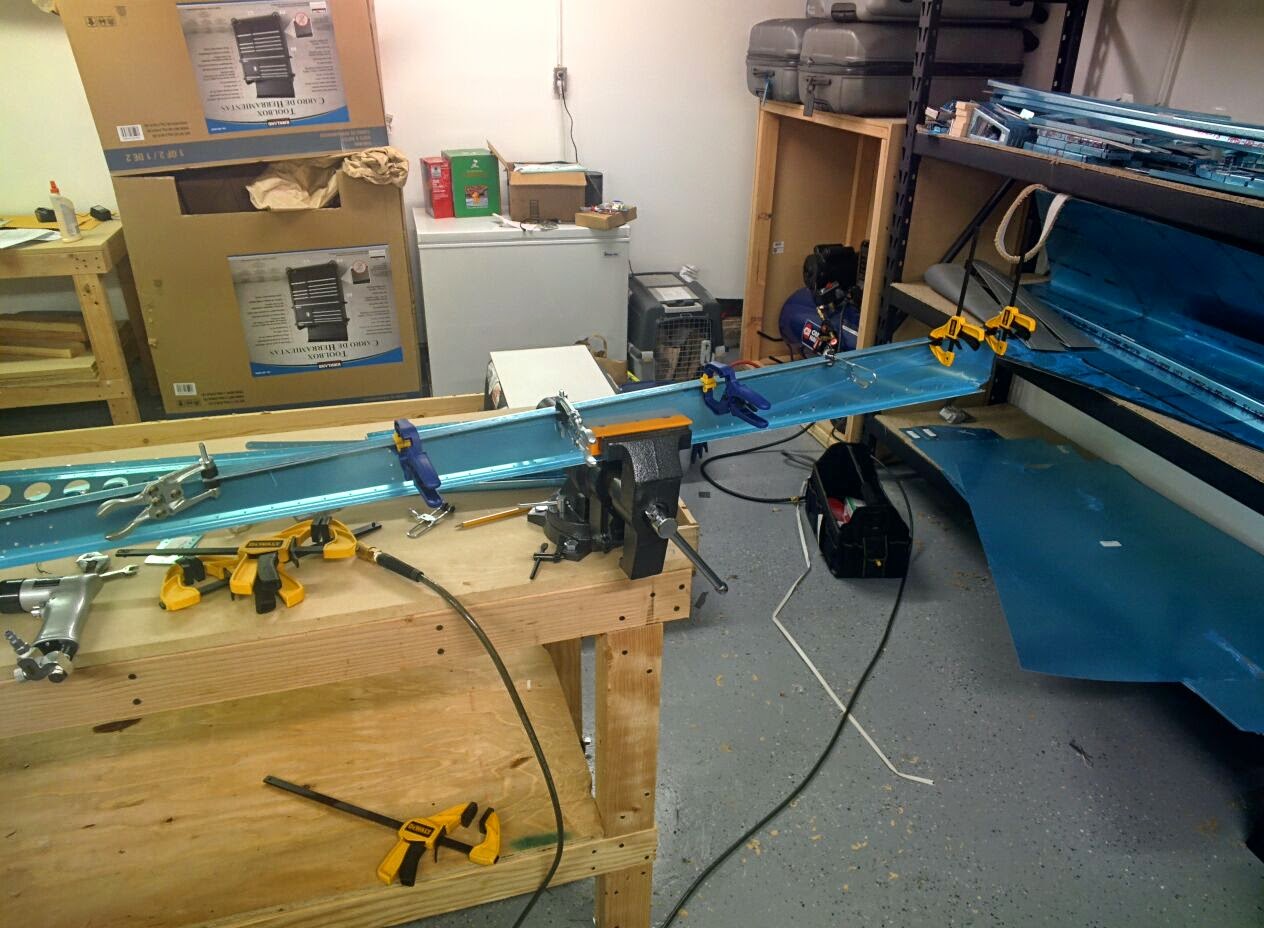 It was also time for my first mistake (thankfully it was a small one) - I misunderstood the drilling instructions and started drilling the rear spar cap against the rear spar's flanges, instead of the web. The flanges were meant to get #40 drills, rather than 1/8", so now I have 3 flange holes that will need larger rivets (after the third hole I realized the mistake and started doing it properly - you can see 3 clecos sticking out from the top of the flange).


In the time lapse you can see I had a small issue with the compressor - it was rolling inside the (half-built) soundproof box, and ended up laying on the drain valve. I was afraid the valve could break, so I had to drain it (to make it lighter), lift it back into place, then put some blocks of wood to hold it in place.