While waiting on the weather to prime some parts, I started section 42, the rear seat backs. This starts by fabricating some angles:

Two of those need to be rounded at the vertex to nest in the top part of the seat backs:


As a minor detail - Van's tells you to cut the hinge pins in half, at 8" - don't :) The removed hinge eyes are not exactly centered, so I found that it's much better to cut them at the center of the removed eyes:


Some of the parts had some excess length which I'll likely trim off later: 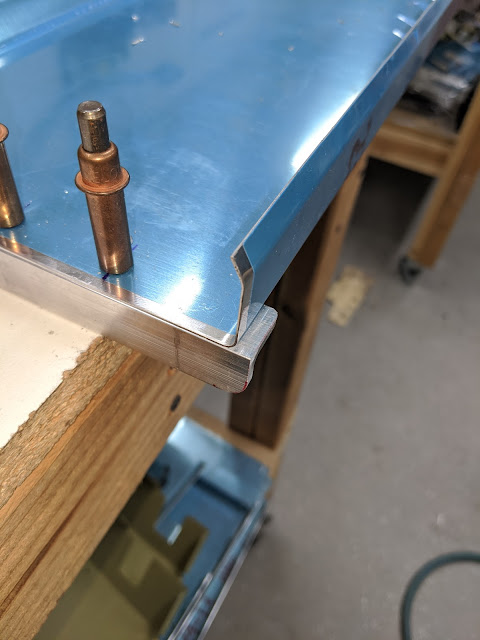 This completes all the fabrication involved in this short section - now it's just minor trimming, deburring, primer and riveting/attachment.