Elevators ready to prime and rivet

I had previously screwed up one of my elevator rear spars by countersinking it without any backing material. The replacement spar finally came, and I spent some time re-drilling all the holes through it. This time around I had help from a visiting friend, so I had her drill holes, then deburr holes and edges (I'm using the Burraway for the inside of the holes now): 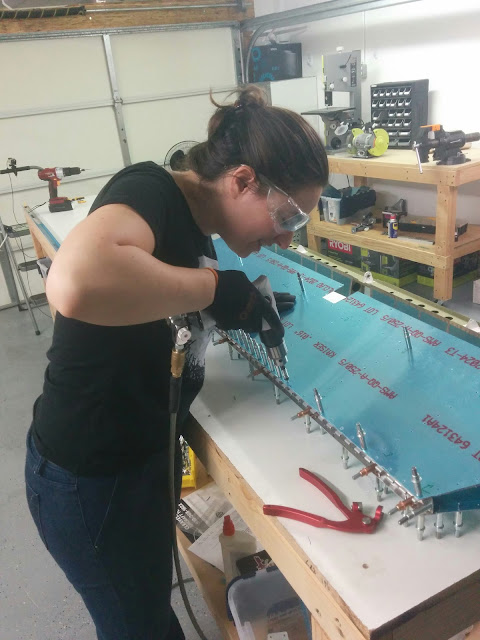 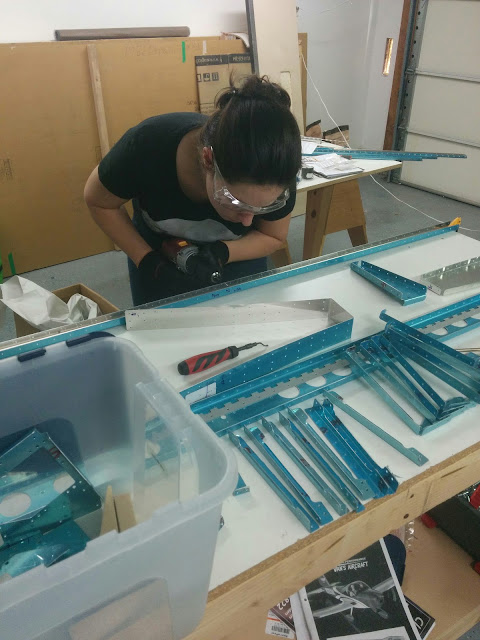 Even though I wasn't ready to rivet anything, I also gave her some practice riveting on scrap parts: 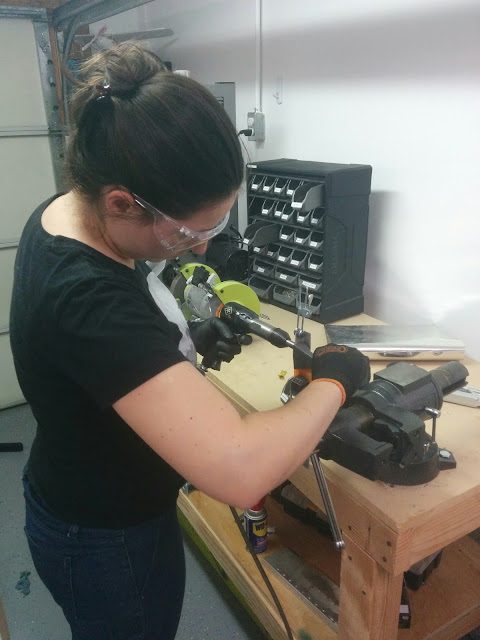 Following Mouser's idea, I also made doublers for the inboard static wicks (but drilled no holes in them yet - I want those holes to be post-primer so I can position the doublers properly with relation to the foam ribs and maximize the electrical contact. 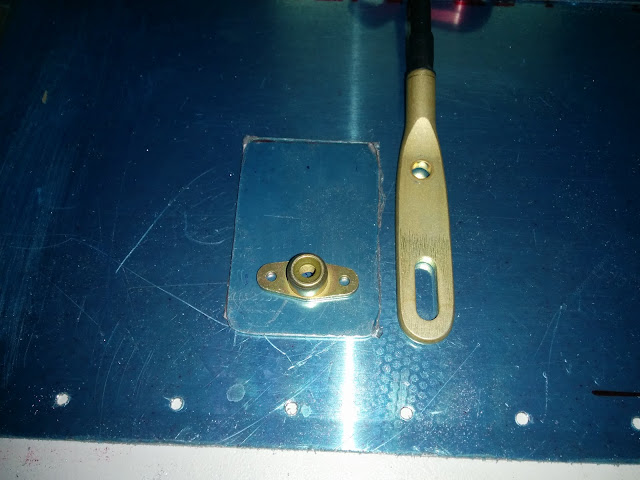 I later masked the foam rib areas by removing vinyl only from them, then scuffed them with aluminum oxide sandpaper:
Before fully bending the trailing edge, I decided to do all the drilling steps and priming, since they'll be much harder to prime after being bent. I didn't bend the side tabs as that may get in the way of bending (I can live with that set of holes being done post-primer):
We did try building the brake for the bending, though: 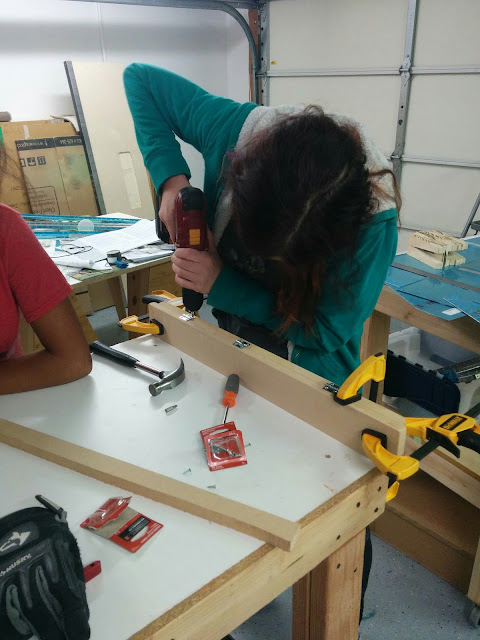 However, a quick test showed that it was way too weak, so we'll try again with a full-length hinge:
Next steps are priming, bending, installing bonding and static wick attachment points and then finally riveting.