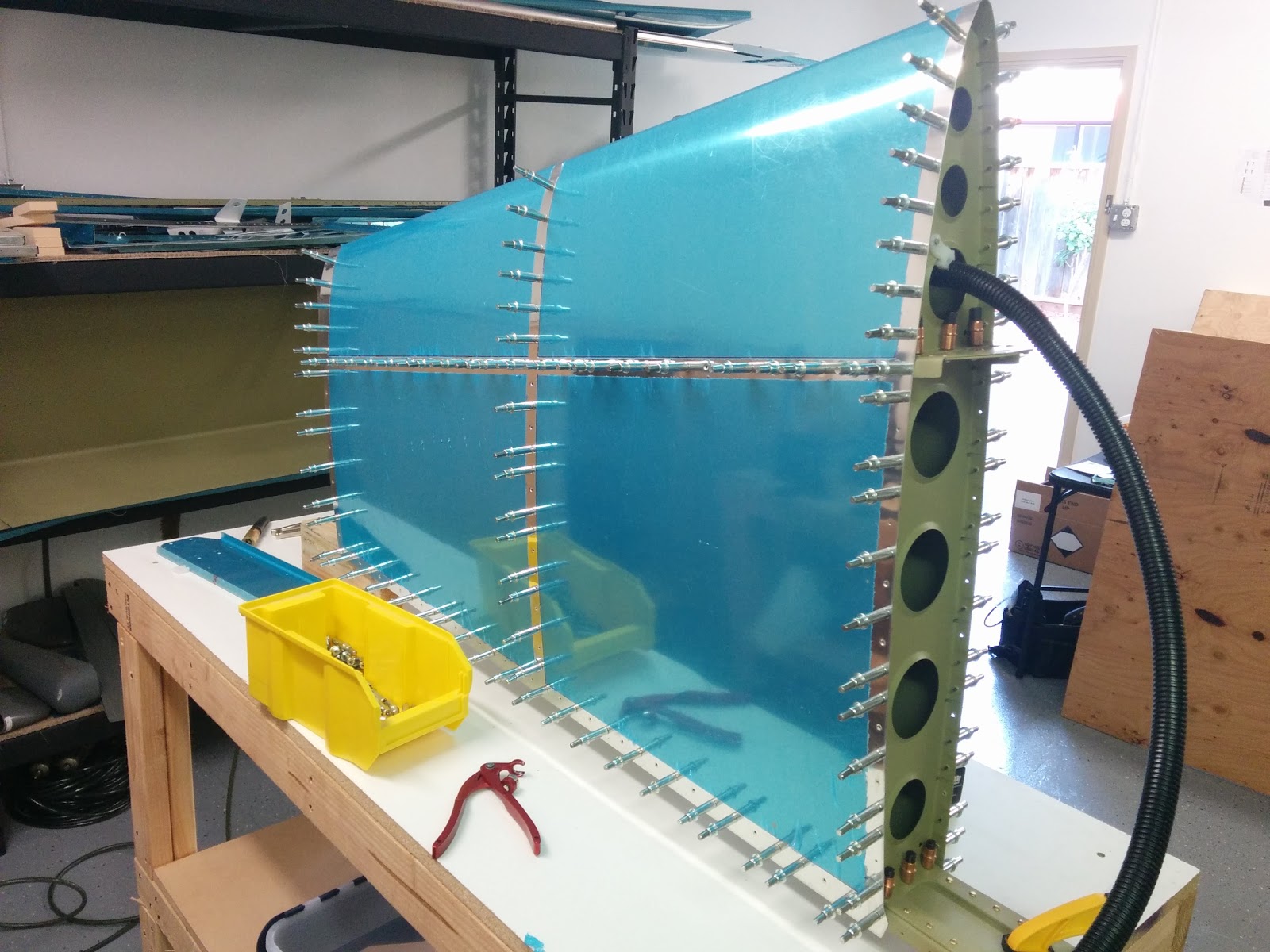 Now that I know a bit more about antennas (lots of thanks to Don from Delta Pop Aviation for the patience explaining a lot of it), I've decided that I don't want to add a whisker-type antenna to the vertical stabilizer (more on that later), which means the VS is ready to be finished!

Before taking any other steps, I studied the best place to attach the bonding strap (which bonds the VS to the rudder), and decided to install a nut plate for it close to one of the hinge brackets (about the same height as in the rudder): 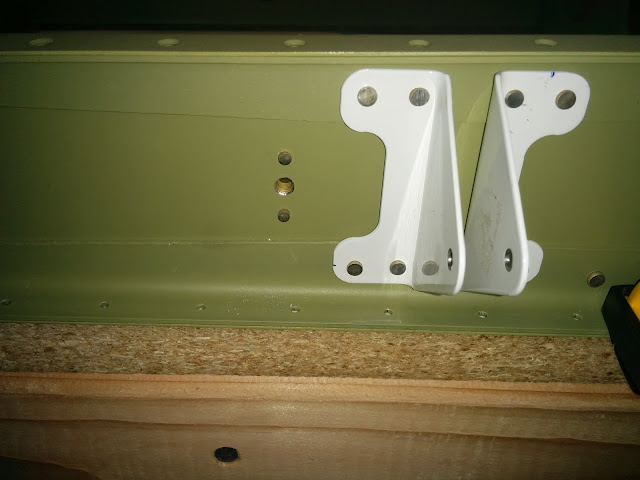 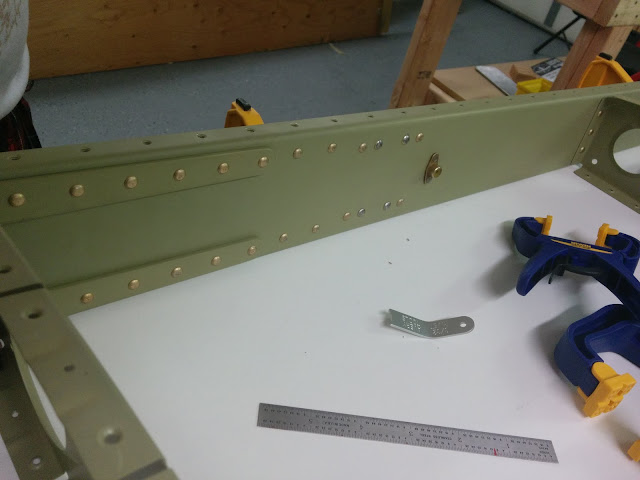 I then clecoed the skin on and double-checked that everything looked right:

I started riveting in the order suggested by vans - with the middle nose rib, followed by the top rib forward of the front spar: 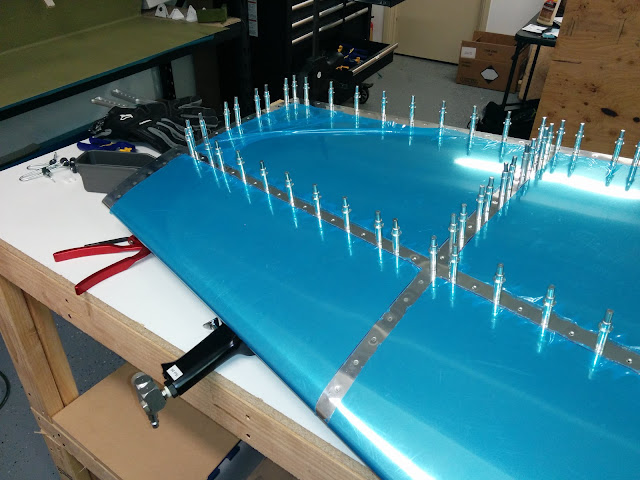 The conduit proved to be annoying, as it got in the way of holding a bucking bar against some of the holes (tungsten bucking bar to the rescue!): 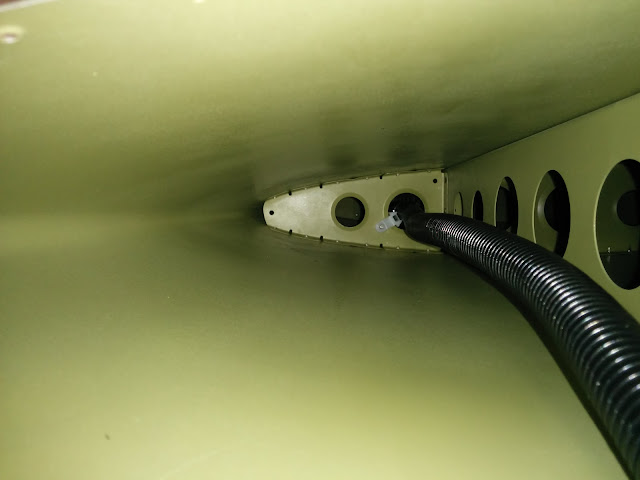 I got so far as to do the bottom nose rib and rivet the front spar as far as the squeezer would go (but it was late so I didn't want to annoy the neighbors by bucking any more rivets) - more to come later! 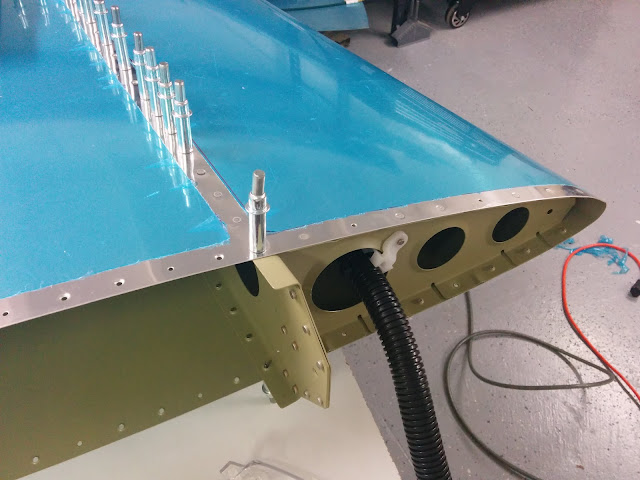