We decided to build the wing stand following the plans posted by someone else: 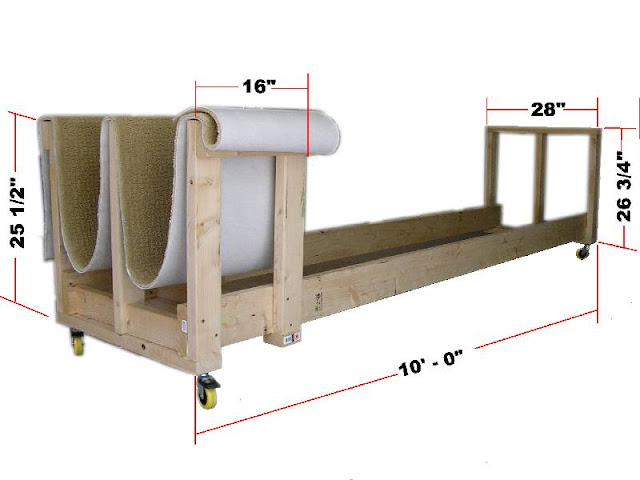 (can't find the original source of this to give credit - if you know, please point me to it in the comments!)

The only minor change is that I think the middle section could be a bit stronger, so I plan to join the two sides with a couple of extra 2x4x28"s across.

To build this, I need:
The wing crates came with a few that I can reuse:
From the remains of building the work benches and compressor box, I also found:
which was more than enough for all the above cuts.


We started by building the frame:
then the vertical and center sections:
We attached the carpet on one end, transferred the wing, and attached it in the center - to my surprise, it held perfectly!
e attached casters to it - the type that locks not only the wheel rotation, but also the swiveling - this allows for a very firm position for riveting and such:
We attached the "cheap" casters to the cut-down box the wings came in - I'll use that to be able to work on both. Once they're completed I'll keep only the wing stand.

Last but not least, we had to open up enough room in the garage to actually be able to work on the wings: